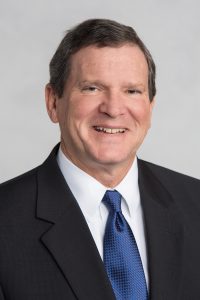 Steve focuses his practice in the area of personal injury, including motorcycle and automobile accidents, civil litigation and insurance claims. Steve also serves as the solicitor for the Metropolitan Lancaster Water Authority. He graduated magna cum laude from the University of Richmond in 1980 and the University of Pittsburgh School of Law in 1983. Steve was admitted to the Pennsylvania Bar in 1983. Steve was law clerk for the Honorable D. Richard Eckman in the Court of Common Pleas of Lancaster County in 1983-1984. Steve is admitted to practice in US District Court, Eastern and Middle Districts of PA, as well as the Third Circuit Court of Appeals.

Steve has also served as one of the coaches of the Eden Manor swim team. He lives in Lancaster with his wife Sharon Greelish Cody, who is also an attorney, and his daughter and son.